They're Called The Frozen Copsicles!

Unfortunately, the Frozen Copsicles' plans for the 2019 Polar Plunge did not come off as planned. The event was scheduled for Sunday March 10 at the Twin Lakes Recreation Area in Palatine. However, although the temperatures were OK, overnight high winds collapsed the needed tents at the site. High winds were in the forecast for the rest of the day, and with the event being entirely outdoors, for the safety of the plungers, volunteers and spectators, the event was cancelled.

However, thanks to the generosity of many donors, the Copsicles surpassed their 2019 fundraising goal.  Since 2007, the Frozen Copsicles have raised approximately $27,000 for this great cause.

Photos and video from the 2018 Polar Plunge

On Sunday, February 18, 2018, for the 12th year, the VHPD Frozen Copsicles participated in the Polar Plunge to benefit Special Olympics. The event was held 18 at the Twin Lakes Recreation Area in Palatine.

To everyone who donated and/or came out to support the plungers - thank you very much!

While we are on the subject of supporting the brave Special Olympics athletes, we believe it is fitting to encourage you to visit the Spread The Word To End The Word website.

Watch a video of the 2018 Frozen Copsicles taking the icy plunge. 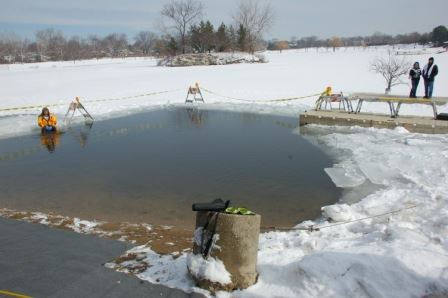 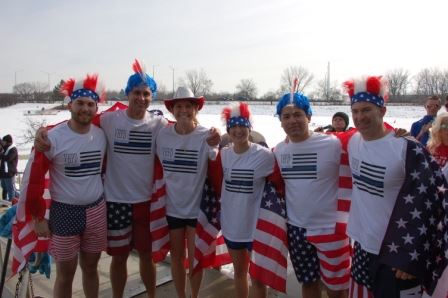 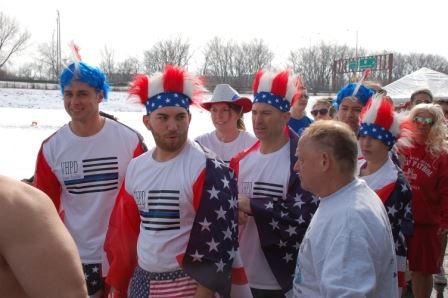 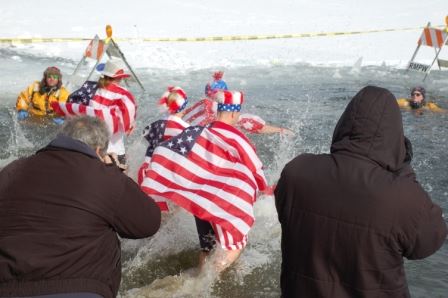 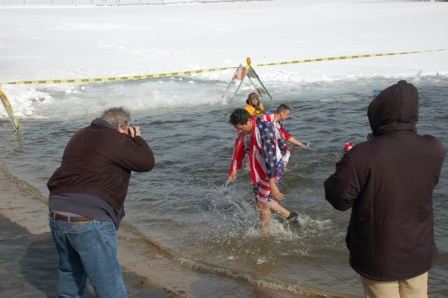 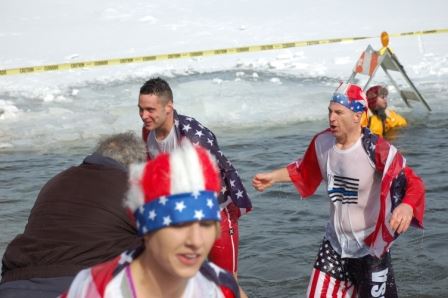